The Ghost Village of Kayaköy.

A riot of delicate red and white spring flowers line either side of the pathway as we hike up a fragrant pine-scented hillside through the ghost village of Kayaköy in Turkey.  A short mini-bus taxi ride or as the Turks call it, a dolmus, has whisked us away from the hustle and bustle of Fethiye to this lifeless village.

A hundred years ago, Kayaköy was a thriving and noisy village built on a hillside in the foothills of the Taurus Mountains. The muezzin’s call to prayer and the tolling of the Greek Orthodox Church’s bells would ring across the hillside and the valley. A gentle reminder of the passing of the hours of each day as the farmers toiled in their fields. As tradesman plied their trades. And pedlars hawked their produce in the streets where children played and women gossiped over the fence. Despite their religious and schooling differences, the villagers lived side by side in relative harmony. Some were friends and some weren’t, such is life!

An Air of Sadness

Today, an air of sadness emanates from the roofless houses.  There is no call to prayer or church bells tolling across the valley. Instead, an all-pervading stillness forces us, and the few other tourists that we encounter, to speak in hushed tones. Even the occasional birdsong sounds muted. And not a single breath of wind dares to stir the branches of the few trees.

We make our way through the village following uneven and narrow paths that meander around the houses. Heading ever upwards towards a small chapel perched on the top of the hill. The day is heating up and we hope to find a respite from the now stifling heat inside the chapel’s dark and cool interior.

We are absolutely drenched in sweat by the time that we haul our gasping and unfit bodies up the last few steps of what now feels like a mighty mountain and not a gentle hill. A deliciously cool breeze embraces us in welcome. And down the other side of the hill a beautiful vista of the Aegean coastline lies at our feet.  But it is the deserted hillside village that draws our silent contemplation.

The Demise of Kayaköy

A combination of historical events led to the demise of Kayaköy: The decline of the Ottoman Empire, Turkey’s defeat in the First World War, Greece’s attempted occupation of the Anatolian region, an earthquake, and the stroke of a diplomatic pen signing the Greek Turkish Compulsory Population Exchange.

Overnight, life changed for the villagers of Kayaköy.  Almost half of the village, those who worshipped at the Greek Orthodox church, were forced to leave. Forced to uproot their families and abandon their homes, taking only the belongings that they could carry with them, to go to some unknown place in Greece, never to return.

A couple of weeks later, Muslim families expelled from Greece arrived. They too had been forced to leave their lives, their friends and their homes. Many of them didn’t want to settle here. Of the ones who remained, well, they left after the earthquake hit.

From our aerial vantage we spy what might be the main thoroughfare, it looks at least three donkeys wide and appears to wind gently down along the contours to the valley below, ending up where we think the dolmus pick up point might be.

Echoes of the Past

Steep tiers of slowly decaying homes line the one side of our path, a mute testimony to a sad history.  Their empty windows stare sightlessly across the valley, almost as if they are waiting for the return of their owners.  We roam through one of the more intact houses, through a kitchen, where the hearth and the chimney are still perfectly intact, through a main room whose purpose we aren’t quite sure of, into a bedroom with peeling paint in various shades of blue. Outside, a woman laughs, followed by the murmured base tones of a male voice. Their voices whisk us back in time. We are overwhelmed by a sense of our intrusion, could they be the homeowners?  A farmer returning from his fields in the valley to be met by his wife at the gate?

We beat a hasty retreat down a pathway flanked by high walls on either side. The couple’s soft and indistinct conversation punctuated with gentle laughter follows us. An echo reverberating through time, a reminder that once, not so long ago, there was an ordinary couple who lived, laughed and loved here, pawns in a post-war chess game that continues to this day in villages and towns throughout the world, will we ever learn?

Echoes of their laughter and the haunting beauty of Kayaköy in the spring will live with us forever, a gentle reminder of the cruelty that political will can often inflict on everyman, everywoman and everychild.

Kayaköy is about 8 kilometres from Fethiye.  An inexpensive dolmus ride will get you there and back, allowing you to explore at your own pace.  Don’t be intimidated, the Turks are some of the most helpful people we have ever met, helping us to find the right dolmus despite our non-existent Turkish language skills.

It is hot and thirsty work scrambling up the hill, so do remember to take your water bottle and sunscreen with you.  There are a couple of shops and souvenir stands along the main road in the valley but no shops in the actual village.

If you are planning to visit under your own steam, I would recommend a little online reading about the ghost village of Kayaköy before you go. Of course, there are plenty of guided tours to the village if you would prefer.

“The town feels hollow, everything that one saw had the air of being a backdrop to an absence.” – Birds Without Wings, Louis de Bernières.

A line that best describes the emotions that our visit evoked in both of us from Louis de Bernières book, Birds without Wings. Was he speaking about Kayaköy? In an interview with the Guardian, he said,

‘I went to south-west Turkey and there’s a ghost town there. It used to be a mixed community, as described in the book more or less, and they obviously had a wonderful way of life, quite sophisticated. The town was finally destroyed by an earthquake in the Fifties, but it really started to die when the Christian population was deported. It was walking around that very special place that gave me the idea.’ (The town, called Eskibahce in the book, will be recognisable to those who know Turkey, ‘but I’m not going to go round telling people’).

Pin it for later!

A Cottage with a view – Thendele.

A Step Into the Past – Ephesus and Selcuk.

A Step Into the Past – Ephesus and...

But there is so much more to Cappadocia…...

I love abandoned places and this village looks fascinating! Would definitely visit it 🙂

Jen this is great adventure and I felt the ghosts’ sad souls. What a sad history this place has as its backdrop. It’s important to keep the memory of villages like this alive. Well put it on our list for our trip there next year. kx

Your writing is so powerfully evocative…I held my breath when you described the voices outside! It must have been quite surreal to wander the streets imagining the lives of the people that once called it home. A lovely read.

This is fascinating. I love learning about history and this intrigues me. Thank you!

Love your photos. Never knew Turkey could be so green!

I love exploring places like this. So eerily captivating. Definitely adding it to my ever growing must see list for Turkey.

Lots of abandoned places like this in Northern Cyprus too. Most which follow the war there. Sad. Thank you for writing about this.

Wow, what an amazing place 🙂 I love abandoned places and anywhere off the beaten track. But what a sad story behind why it became abandoned. I’ve not managed to visit Turkey yet, but I’m gather in a nice collection of things to see. I’ll be adding this to my own Turkey itinerary. Thank you 🙂

the ghost village of Kaya Koy sounds so magical yet so sad at the same time – like its frozen in time waiting for their loved owners to come back to them. The hike sounds like its worth it, even if you get hot and sweaty xx
ps – love the way you write xx

You are so right, it is frozen in time with a little decay around the edges. I am so glad that you are enjoying my writing – thank you.

What an adventurous experience! I simply love your style of writing and felt as if I was with you in this ghost village of Kaya Koy as I read your post. It must have felt quite eerie walking those empty streets through roofless houses. Well, at the end of it all, you had a good workout hiking up the hill to the chapel! 🙂

Thank you, Jan, I’m glad that you enjoyed the read. It was indeed a unique experience and yes, very eerie.

I love to walk through old ruins and immerse in its history but these ruins has so much sadness attached to it – another sad reminder of human tragedy. Thank you for sharing such a moving experience.

This site uses Akismet to reduce spam. Learn how your comment data is processed. 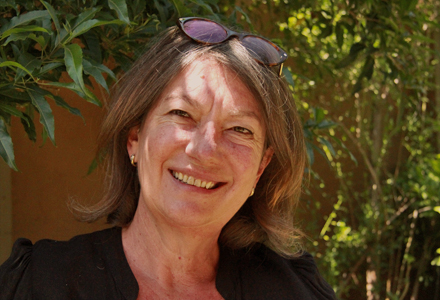